MOSCOW, February 19. The Ministry expects to differentiate the amount of the fee for issuing a liquor license from July 2016. The corresponding bill on amendments to the Tax code published on the Federal portal of projects of normative legal acts.

“The bill is aimed at differentiation of fees depending on the number of shopping facilities (public catering) and their location”, – explained in the documents.

Such a measure would take into account the location of the shop or catering facility that would accommodate that retail trade and public catering in the towns commercial more effective than in the countryside, believe in the Ministry of industry and trade. 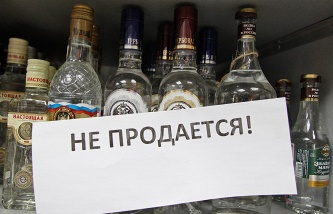 Now the amount of the fee for issuance and renewal of licenses does not depend on the number of trading objects of the organization.

“For the granting or renewal of licenses for the retail sale of alcoholic beverages – 65 000 rubles for each year of the term of the license”, – stated in the Tax code.

This creates unequal conditions for non-network retail and chain stores, according to the Ministry of industry and trade. While legal alcohol trade becomes profitable only in large cities.

“Violation of competitive environment leads to an increase in turnover of illegal alcohol”, – concluded in the Ministry.