MOSCOW, February 19. Transneft started the construction of a branch from the pipeline system Eastern Siberia – Pacific ocean (ESPO) to the Komsomolsk refinery Rosneft. The project implementation will allow to ensure the supply of oil to the refinery up to 8 million tons a year, according to the company. 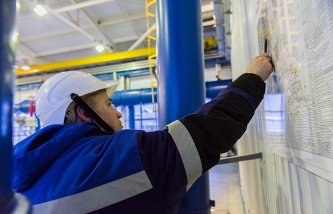 Welding and Assembly work on the linear part of the pipeline branch from ESPO to the Komsomolsk refinery carries out the control Center ESPO project (a subsidiary company of Transneft). The planned construction of 293 km of the linear part, lead PS with tank farm of 80 thousand cubic meters, two intermediate pump stations and the external power supply.

The oil pipeline-tap will run through the Amursk, Komsomolsk and Sunny areas of the Khabarovsk territory. The track is characterized by a large number of waterlogged and flooded areas, a total of 139 will be overcome water obstacles, including the four largest rivers Shelgon, Harpy, Alcan, Hawken. Construction works in swampy and flooded areas are planned primarily in the winter.

Now Rosneft exports oil to the Komsomolsk refinery (capacity – 8 million tons) by rail. Two state-owned companies agreed on the construction of a branch from ESPO two years, from 2012 to December 2014. To Fund the design and construction of the pipeline should “Transneft” at the expense of long-term tariff paid by Rosneft. Under the agreement with “Rosneft” the company has committed to build and put into operation a diversion for 36 months from the date of the establishment of the Federal tariff service of the long-term rate. The tariff was set in February 2015, respectively, the oil pipeline – tap needs to be introduced in February 2018. Funding for the project “Rosneft” was started from July.