BERLIN, 19 February. The Minister of economic development of Russia Alexei Ulyukayev on Friday will take part in the conference on improvement of investment image of Russia in Germany “Growing market. The average business. Modernization”.

The event, which is organized by the Russian-German chamber of Commerce, will be held in Berlin. The main theme of the conference is discussion of prospects of Russian – German economic relations and the potential of German medium-sized businesses in the modernization of the Russian economy. 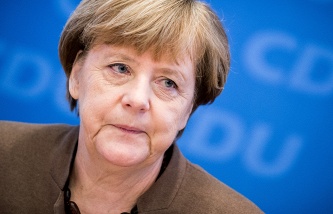 Reuters: Merkel wishes as soon as possible to take sanctions against the Russian Federation

The conference will host several panel discussions, where participants will discuss issues of sanctions, import substitution and localization on the example of Russian agriculture, as well as the theme of entrepreneurial success.

The event will be attended by the Chairman of the Board of the Russian-German foreign trade chamber Michael harms, Director of the Association of chambers of Commerce Germany Martin Wansleben, state Secretary of the Ministry of economy and energy, Germany Matthias Machnig, representatives of business circles of Russia and Germany.