CHITA, February 20. /Corr. Ilya Barinov/. Timely payment of wages to state employees will become a priority for Natalia Zhdanova, was appointed acting Governor of TRANS-Baikal territory. The head of the region said in Chita.

The fulfillment of social obligations

“The immediate need is to solve problems that concern all the zabaykalets, which are important and sensitive. This is the fulfillment of social obligations. In the first place, the payment of wages on time and in full to our teachers, doctors, cultural workers, all social workers. This specific, clearly, a very important task. And for me it will be a priority,” – said Zhdanov, turning to the representatives of Executive and legislative authorities of the region. 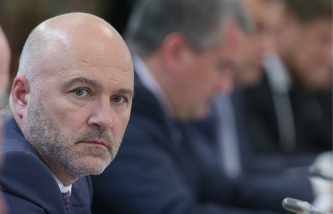 Their task she called “the fulfillment of social obligations in respect to payment of benefits to veterans, needy citizens”. “It is very important to have balancing the budget, she added. – In addition, those promising areas that have been planned by the government of the territory, remain in force. There are no major changes and adjustments are not expected”.

The new head of Transbaikalian edge also thanked his predecessor, Konstantin Ilkovsky, noting that “those innovative projects that were conceived, will continue to exist”. “The system works, the mechanism is charged, the team is able to solve the actual problem. All should work”, – she said.

Arrived in Chita, the Plenipotentiary representative of RF President in the Siberian Federal district Nikolai Rogozhkin, in turn, stressed that “any changes in plans, directions should not be, the tasks we set ourselves for 2016, routinely performed”.

To support the new Chapter and asked the ex-Governor Konstantin Ilkovsky. “Natalia made an important, courageous decision. I am asking you to treat it with care and to help,” he said.

On Wednesday, President Vladimir Putin ahead of schedule stopped powers of the Governor of TRANS-Baikal region Konstantin Ilkovsky, at his request. The acting Governor of Zabaikalsky Krai, the head of state appointed by the speaker of the regional legislative Assembly Natalia said.