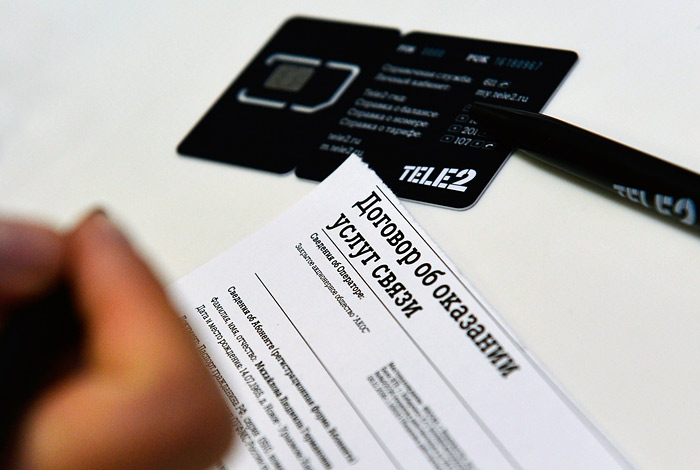 The representative of Tele2 Konstantin Prokshin denied the presence of the operator in Crimea.

“Tele2 has in Crimea the cellular network and points of sale. This “grey” sales schemes that do not have to do with us. Sim cards come on sale in the Crimea through sub-dealers,” said Proxin.

However, in one of the contracts seen by the “Interfax”, the specified mobile number with the code 908. According to the register of the Russian system and numbering plan, this number actually belongs to LLC “t2s mobile” (working in Russia under the Tele2 brand) in the Krasnodar region.

In turn, the employee of shop “mobile shop” in Alushta reported in a telephone conversation with the Agency correspondent that Tele2 operates in the Crimea on the conditions of national roaming in the networks of the operator “K-Telecom”. According to the source, contracts Tele2 sold in Alushta summer of 2015. The operator offers voice services under a roaming rate of 2 rubles per minute for outgoing calls, while incoming calls are free. The cost of the tariff plan without the subscription fee 3G service is 50 rubles a month.

In the design of one of the contracts used the slogan “Crimea. Russia. Forever” and the logo of Tele2. In addition, promotional materials are also present logos PJSC Mobile TeleSystems (MTS) and JSC “VimpelCom”, which do not have their own networks in Crimea.

“VimpelCom” did not conduct and does not conduct operating activities in Crimea, including the sale of sim cards”, – said the representative of the company Anna Imasheva.

In turn, the representative of MTS Dmitry Solodovnikov said that he does not know the reason for the placement of the company logo, and assumed it was the initiative of local sellers. “We still don’t sell contracts in the Crimea, and we don’t know how they get there”, – said Solodovnikov.

The Ministry of internal policy, information and communications of Crimea sees no problem in selling in the region of the start packages operator Tele2, said on Thursday the head of Department – Vice-Premier of the Crimean government Dmitry Polonsky.

“The all-Russian operator, he operates on the territory of Russia, what problems?” – said Polonsky.

The Minister of Crimea also said that “not in charge of monitoring trading activities of Telecom operators, with the help of Federal authorities”. “If some operator decides somehow to enter the market and sell their starter kits, it is his full right,” added Polonsky.

In Crimea now officially has two mobile operators: “K-Telecom” (operates under the brand Win Mobile) and sue “Krastelecom”. The ultimate owners of “K-Telecom” is unknown. The operator received frequencies, where previously worked “MTS Ukraine” (PJSC owned by Russian Mobile TeleSystems) and launched its network on 4 August 2014.

Until the end of 2014 in the Crimea has stopped the work of the Ukrainian “Kyivstar” and “Astelit” and “MTS Ukraine”. The last sold its property in Crimea for EUR 17.7 million to two private investors. The Russian operators “big three” previously stated that he does not plan to enter the mobile market of the Crimea.