KRASNOYARSK, February 20. Dvorkovich considers possible short-term drop in the price of oil to $20 per barrel. This opinion was expressed today in an interview with TV channel “Russia 24” in the framework of Krasnoyarsk economic forum. 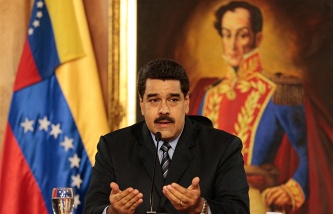 Maduro: consent of the Russian Federation and other countries to freeze the production of oil is a historical

However, the Vice-Premier of the Russian Federation believes a fair level of prices for oil at $60-70 per barrel. “As for today’s period, we think the reasonable range is 60 to 70 dollars per barrel. But it is achievable only when a new cycle of global growth after investments in the oil sector has stabilised at a new equilibrium level”, – said Deputy Prime Minister.

“Price over 100 dollars per barrel – it’s overkill for the current stage of world development”, – noted Vice-Premier, adding that in some periods prices are subject to change “in a fairly wide range – from 20 to 100 dollars per barrel”. The Deputy Prime Minister stressed that “high oil prices” also create risks for the economy.

Earlier, the head of the Ministry of economic development Alexei Ulyukayev in an interview with TV channel “Russia 24” stated that the oil price will soon stabilize, however, expect a return to triple-digit prices is not worth it.

“We must be prepared for the fact that in the long term and the budget, and the overall economic structure to build on the assumption that the price of 40-50 dollars per barrel,” he said.

According to him, a “close time” of possible stabilization in oil prices at the level higher than it is now. “But one should not expect long-term returns to triple-digit oil prices”, – said the Minister. This is because there are global changes of demand, energy mix, changes in the automotive industry, he added.