NEW YORK, February 20. /Corr. Ivan Sawyers/. The leadership of the American Corporation Apple believes that the issues concerning encryption of data on its iPhone, must address not in court and in the U.S. Congress. This was stated to journalists on Friday representatives of the company.

They indicated that they were shocked issued Tuesday by the court’s decision to grant the Federal Bureau of investigation (FBI) software that would allow authorities to access the information stored on its devices and is password protected. According to representatives of Apple, this position of Washington do not meet current U.S. views on civil liberties and privacy. 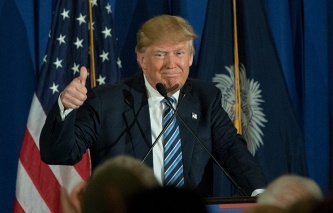 On Tuesday, the court in USA demanded from Apple to provide investigators with the FBI special software that will allow them to access the information stored on the iPhone. The device belonged to the terrorist Saeed Farouk, who participated in the attack on the disabled center in the U.S. city of San Bernardino (California) and was eliminated. As a result of this attack on 2 December last year, 14 people died and 21 were injured.

Authorities are still unsuccessfully trying to crack the smartphone in question. For the Apple data encryption on its devices is standard practice, many of them password protected. If you type it incorrectly too many times, all information is deleted.

CEO Tim cook previously said that he would contest the FBI. He stressed that the company’s engineers have provided the authorities all the data that are important from the point of view of investigation of the terrorist act. Cook added that the Corporation does not intend to transfer to the secret service software that allows you to hack the iPhone.

In support, Apple has made one of the most influential in U.S. human rights organizations – the American Union of protection of civil liberties (ACLU). “This move by the government is unprecedented, unreasonable and illegal,” said one of her lawyers Alex Abdo, specializing in matters relating to the protection of freedom of speech and technology.