NEW YORK, February 20. /Corr. Ivan Sawyers/. The defense of Russian citizen Viktor bout, who is serving a U.S. prison sentence, filed in court of appeals for the second circuit arguments in favor of holding a new trial. On Friday told the correspondent of TASS the lawyer of the Russian citizen Alexei Tarasov.

“The case of booth was filed, it is 62 pages, applications – more than 250 pages,” said the defender. According to him, it is about the arguments that need to support earlier filed an appeal against the refusal of the Federal court for the southern district of new York to appoint a new trial of a Russian citizen in connection with the opened circumstances.

The main arguments of the defense

The documents mention three main arguments of lawyers. First, the protection indicates that the Briton Andrew Smulian, who passed on business as the accomplice of booth, was, in fact, “secret agent” American Management on struggle against spread of drugs. “He knew about what is involved in the operation to arrest, and therefore was not a real criminal, he could not collude,” he explained.

Tarasov explained that the proof of that, in particular, serve as an interview given by one of the staff of service on fight against drugs William brown, as well as computer files stored on the computer Smulyan.

The second issue that addresses the protection concerns of the Bulgarian entrepreneur Peter Mirchev, which, according to the the U.S. attorney’s office, Booth was trying to get a portable anti-aircraft missile systems for subsequent sale to group the Revolutionary armed forces of Colombia (FARC). 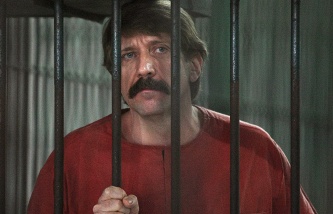 According to Tarasova, the charges against bout on these missiles, based on the testimony of Smulyan that in January 2008, Booth called Mircheva and agreed on the delivery of these weapons. “We were able to obtain sworn testimony mircheva, in which he claims that conversation with booth on the theme of supply any weapons systems,” the lawyer explained.

“The third theme, which we develop, concerning the judgment that was reversed at the urging of prosecutors – said Tarasov. – We are talking about the decision of 24 August 2011, in which judge Shira Sheindlin found two key agents involved in the operation against bout, not credible as witnesses.”

According to protection, it is on the basis of the performances of these two agents of the so-called before a Grand jury against the Russians and were brought formal charges. As noted Tarasov, the recognition of these witnesses not credible could completely destroy the charges against bout, in this case, the Prosecutor, contrary to conventional practice, was not informed about the court and the defense. Ultimately, Sheindlin following statements by the representatives of the Prosecutor’s office adopted changed her earlier decision in respect of agents.

The Prosecutor’s office will respond within 90 days

The next step will be a response from the prosecution on the argument of protection, the lawyer said. “After about 90 days,” said Tarasov.

Viktor Bout was arrested in 2008 in Thailand’s capital, Bangkok, on a warrant issued by a local court on request of the United States. Against him brought charges of illegal weapon supplies to the FARC, which is considered in the USA as a terrorist organization. In 2010, bout was extradited to the USA. In April 2012 he was sentenced to 25 years in prison and a monetary fine in the amount of 15 million dollars.

The Russian is serving time in located in 500 km to the South from Chicago jail Marion.