KOSTROMA, February 20. Kostroma region has made over the past year jewelry products in 38 billion rubles, which is 50% of the national volume of production, told TASS in the press service of the Governor.

“In the region annually processed about 30 tons of gold and 40 tons of silver, representing one third of the Russian volume of the processed precious metals,” said the spokesman. He added that if in 2013 the region produced up to 42% of jewelry in the country, in 2014 to 46% by the beginning of 2016, the figure had reached 50%. 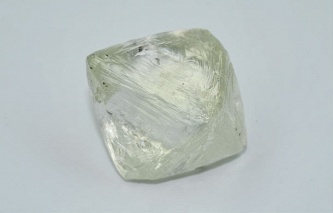 In Yakutia have found a diamond weighing carats 121,96

As explained in the Department of investment and industrial policy of administration of the region, in total, in the sphere of jewellery industry employs more than 1.5 thousand organizations that produce jewelry made of precious metals and stones (bracelets, pendants, rings, earrings), as well as various Souvenirs. Mainly the jewelry products are sold on the territory of Russia, exports account for about 10% of manufactured products. Among the regular exporting countries, CIS countries, Switzerland, Belgium, India, UAE and Hong Kong.