KRASNOYARSK, February 20. The tourist season in the Crimea should be extended in the region to create objects year-round on public-private partnership, proposed by the Deputy head of the Federal tourism Agency Alexey Konyshkov, speaking at the Krasnoyarsk economic forum. 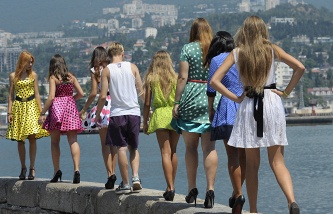 “We understand that in the peak period, we are unable (to meet the demand for placement in the Crimea). One solution – we need to expand the season to do year-round accommodation facilities”, – said Konyshkov.

He stressed that currently in Crimea created 770 accommodation facilities, some of which did not work at all, and some only in the summer. This volume is not sufficient to meet demand under the conditions when the flow of Russian tourists from Turkey and Egypt should be redistributed.

“Due to the fact that closed Turkey and Egypt at the moment, we wondered, how much can hold the Crimea, if 5 million to assess the flow in these countries. Actually very little is about 150 thousand people. It’s nothing at all, if we are talking about our country”, – said Konyshkov.

To estimate the necessary investment in the modernization of accommodation facilities, Konyshkov could not. 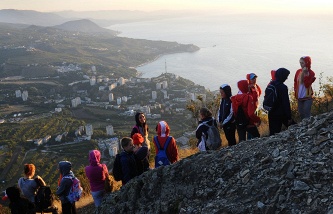 Aksenov: Crimean authorities will not allow speculation with prices for a summer holiday

He also noted that considers tourism one of the drivers of the Russian economy amid falling commodity exports. “Now, when reduced income from the export of raw media, tourism is the only sector that shows progress. Strategically considered, even as a driver of our economy. And don’t catch this point it would be a shame. In the budget there is no money, and at the same time we need to build new facilities. The output is attraction of private investors on public-private partnership. Each region should create conditions for their work”, – said Konyshkov.