MOSCOW, February 20. The Prosecutor General’s office found signs of extremism in the article by Andrei Piontkovsky on Chechnya, previously published on the website of the radio station “Echo of Moscow”, and sent materials to the Federal security service (FSB). 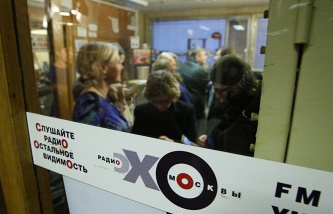 “The Prosecutor General’s office conducted a check in the specified publication showed signs of incitement of acts aimed at violating the territorial integrity of the Russian Federation, as well as information exciting hatred or hostility, degrading a group of persons on the grounds of nationality and origin”, – stated in the answer of the Deputy Prosecutor General Viktor grin to the head of the Duma Committee for security and combating corruption Irina Spring (“United Russia”), upon request being inspected.

In his reply to the MP, a copy of which is at, grin informs that they “made a decision about the direction of the FSB for inspection … and the decision of a question on criminal prosecution of the author and the editorial staff of the radio station “Echo of Moscow”, which is responsible for its distribution”. “Check progress is monitored”, – said the Deputy Prosecutor General.

A request to the Prosecutor General’s office was sent of Spring in late January on the basis of an instruction given to the Committee headed by the state Duma. His subject was the article Piontkovsky in which he, in his opinion, had called for Chechnya to secede from Russia. Spring asked the Prosecutor General’s office “to give proper legal assessment of the events and facts that occurred, and about the decisions to send the information to the Committee”. She also sought information “on comprehensive measures taken by the prosecution authorities to detect and prevent extremist crimes, and prevent violations of the rights and freedoms of citizens of the Russian Federation”.

“The game of verbal extremism and wandering for the purpose of destruction of the foundations of security in the world are not showing off, but a crime. Therefore, those who hope for the irresponsible words and actions, greatly mistaken. In the first place – the life and security of society, these values are protected by the law”, – said Yarovaya, commenting on the official response of the Prosecutor General.

According to some media, Piontkovsky is currently outside of Russia.