MOSCOW, February 20. No direct bans on cooperation with Iran in the field of MTC is no more. This was stated by the official representative of the Russian foreign Ministry Maria Zakharova.

Media: the Russian company will build a complex of purification and gas separation plant in Iran

“Following the recently held in Moscow the Russian – Iranian negotiations, during which they discussed the possibility of modernization of the Iranian armed forces with Russian assistance, in a number of media published comments that introduce readers astray”, – noted she.

“Approved, if still established by the UN Security Council ban on the supply to Iran of arms and military equipment and that that the arms embargo established by resolution 2231, which was adopted in support of the Joint comprehensive plan of action (SVPD). It is not, – said Zakharov. – Resolution 2231 provides just the licensing procedure for the delivery to Iran of military goods by obtaining the consent of the UN security Council. This rule is set for the period till 2020”.

“Western colleagues deliberately ignore the fact that no direct ban on cooperation with Iran on military-technical cooperation that existed at the time already “sunk into oblivion” of the sanctions regime, no more, she said. For example, this applies to deliveries to Iran of arms in the seven categories of the UN register of conventional arms (battle tanks, combat armored vehicles, artillery systems of the big calibre, warplanes, fighting helicopters, warships, missiles and missile systems)”.

“If the UN Security Council filed an application for such deliveries will not gain the necessary support or countries with in the UN security Council veto power, will take the opportunity to block it, they then have to explain why they impede the realization of the legitimate rights of States to self-defence, especially in the context of the fight against terrorism in the Middle East region,” – said Zakharov.

According to her, the remaining restrictions may be lifted earlier than 2020, “if the IAEA confirms the exclusively peaceful nature of Iran’s nuclear programme”. Moscow “hopes that Tehran will show the necessary level of cooperation with the Agency”.

“We, for our part, our cooperation with the Iranian partners will act in strict accordance with established procedures, including, of course, referred to the UN security Council resolution (2231)”, – she said.

2231 a resolution of the UN security Council from 20 July 2015 in support of the agreement on Iran’s nuclear program supersedes all of the resolution with the sanctions adopted in the period 2006-2010, including resolution 1929, but retains some limitations. In particular, Iran is recommended for 8 years to refrain from developing ballistic missiles capable of carrying a nuclear warhead. 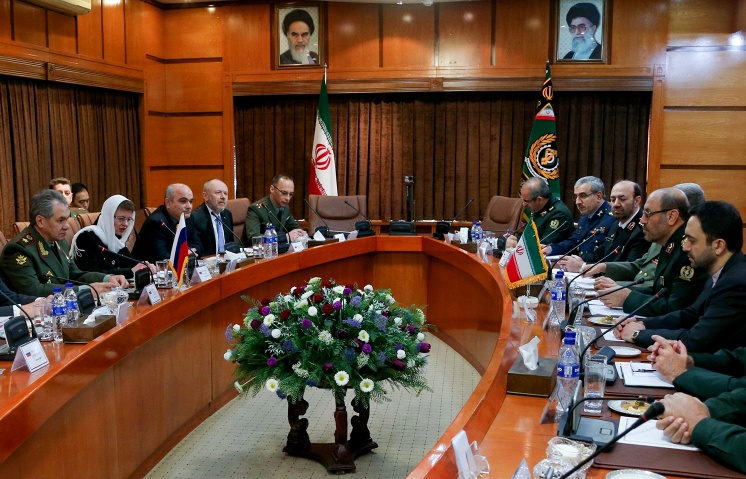