MOSCOW, February 20. The leader of the CPRF Gennady Zyuganov does not exclude consultation with other parties in single-mandate constituencies in the upcoming elections to the state Duma, however, States that such agreements between the Duma factions no. 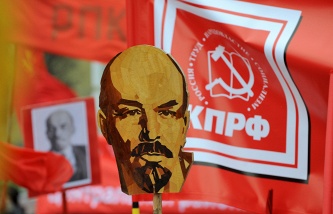 Earlier media reported that the four parliamentary parties are negotiating that in some single-member districts are not set against each other strong candidates. However, the representatives of the Communist party often acted with a refutation of this information. Meanwhile on Thursday, the representatives of “United Russia” said that with the proposal to agree on one-mandatory districts made including the Communist party.

“If you put up a strong candidate in the constituency, and we see that he is not anti-adviser, not anti-Communist, is well established in industry, if he’s a landowner, may not make sense for us to push against him a strong candidate, and we can address the issue differently,” he said on Saturday Zyuganov on air of TV channel “Russia 24”. “There are individual consultations have always been and always will be, but I political rivalry, which is based on a real program,” he said.

At the same time, the Communist leader called “duck” information about what the four Duma factions have already reached agreement on this issue. “I don’t know who started this “a duck”. But instead prepare properly for the elections, again all combined into one package,” he said. “There is no agreement, and there can be no such agreement,” – said Zyuganov.

Elections to the state Duma must pass on 18 September, under a mixed system: 225 deputies will be elected on party lists and 225 – on one-mandatory districts.