MOSCOW, February 21. State Duma Deputy Oksana Dmitrieva, who declared about the participation in the elections to the state Duma in coalition with the party of the business Ombudsman Boris Titov, does not exclude the refusal from mutual competition with the party Yabloko in single-mandate constituencies. She reported about it on air of radio station “Russian news service”. 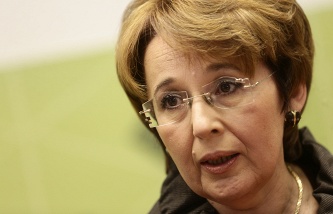 “As far as I know, the General list with “the Apple” will not, although I suppose that in some regions, in particular, in St. Petersburg, we will be coordinated with the “Apple” of refusal from mutual competition in districts,” she said.

Earlier it became known that “the Party professionals” Dmitrieva and a new batch Titova formed an election coalition. “I (to run) in single-mandate district in St. Petersburg and will head the list on elections in legislative Assembly of St. Petersburg”, – said Dmitrieva.

On February 29, the Congress “Right cause”, which will change the name of the party and Charter.

Elections to the state Duma must pass on 18 September, under a mixed system: 225 deputies will be elected on party lists and 225 – on one-mandatory districts.