MOSCOW, February 21. In Moscow in the next three years it is planned to put into operation four new sections of the third interchange circuit (TLC) metro. This was reported to journalists by the Deputy mayor of Moscow on urban policy and construction Marat Khusnullin. 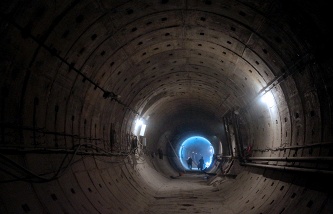 According to him, TPK will be the second largest metro ring line and connecting the remote areas of Moscow. There will be 17 intersections with existing subway lines, 7 with radial Railways, and 2 – with MRR.

Khusnullin stressed that the launch of the first section of TPK from the “Lower Maslovka” to “Business center” will improve the transport service of the population, Khoroshevsky, Airport, Savelovsky and Timiryazevskaya. The creation of a new high-speed direct connection between the regions will reduce the travel time of passengers around the city and will reduce the loading of existing stations.

“Near some metro stations, in the TPC will be built to major transport hubs, which will focus on the entire local road network. In the hub, depending on the project, may include Park-and-ride Parking, public transport, the bus station urban and inter-regional buses”, – said the Deputy mayor.

He added that the construction of the transport interchange hub “Victory Park”, which will be built on the station TLC, tasked to preserve the Apple orchard on Kutuzov Avenue and provide for the planting of the new Park on a plot of 7 thousand square meters. All in all, the area will be improved TPU 16 thousand square meters of land. The project TPU “Victory Park” will be auctioned in the near future. Scheduled to begin construction in September 2016.

The construction of the station of the Moscow ring railway (MRR) “Shelepiha” is planned to be completed by the end of March, said the Khusnullin.

“Station of the Moscow circular railway “Shelepiha” done almost 90%. Builders plan to finish construction on March 26, the part and leave only the engineering infrastructure and linking with the under construction metro station”, – he said.

Passenger traffic on smaller Moscow belt railway is scheduled to launch in September this year.

The length of the SMBR will be 54 kilometers. According to preliminary calculations, it will serve up to 300 million people per year, which is comparable to the flow of passengers on the busiest subway lines. The construction work will be completed in 2015, and in 2016 it is planned to launch passenger traffic. On the smaller Moscow belt railway will be built 31 a stopping point, 19 of which will be to work as part of the transport hubs (TPU): 12 – with a transfer to the metro, six in radial direction and one will provide both types of transplant. 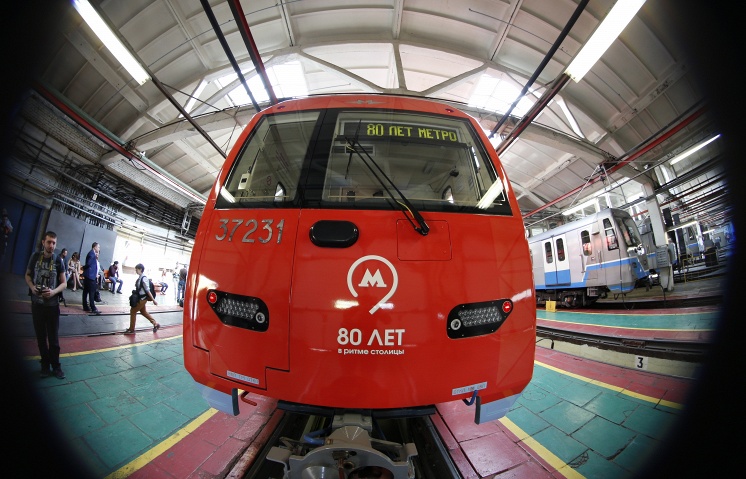 The Moscow metro: the first station, underground palaces and the overcoming of the crisis after the collapse of the USSR