KALININGRAD, February 21. The first ferry will depart Sunday from Baltiysk Kaliningrad oblast in German Sassnitz to bypass Poland. This was reported in the company “TRANS-Exim”, engaged in booking of places on the ferry. 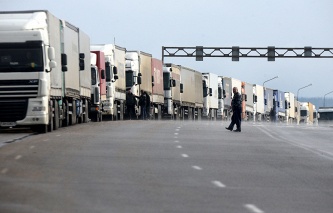 “It’s a full flight, which starts on 21 February at 21:00 (22:00 MSK) from Baltiysk. This month we are also planning flights 24 and 26 February,” said a company representative. The cost of space on the ferry is 534 euros for 1 trailer (standard hitch 16 meters) with driver in one side, added the Agency interlocutor.

The company noticed the demand for services of transport companies. Already a day before the start of the trip, on applications the ferry was filled with “more than 70% (60 out of 80 seats)”.

The supplied line ferry “Petersburg”. The decision to start operation of the line was made because of problems with the transit of freight transport between Russia and Poland. As reported previously in the government of the Kaliningrad region, it is expected that the ferry line Baltiysk – Sassnitz will work on a permanent basis. The ceremony of its official opening scheduled for February 24.

Cargo transportation between Russia and Poland

February 1 has expired permits for cargo transportation, which annually between Russia and Poland. The advance parties failed to reach agreement on new permissions, so the truckers of the two countries since the beginning of the month can’t cross the border. On 19 February the parties held already the fifth stage of the negotiations, which for the first time were able to reach certain agreements, in particular on the exchange of 20 thousand permits for each country with effect until 15 April 2016. 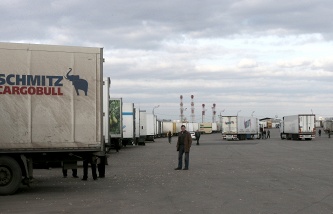 Despite this the Kaliningrad carriers don’t refuse to use steam. So the representative of the Kaliningrad Trading-industrial chamber (KTPP) Leonid Stepanyuk said that, in his opinion, due to the fluid political situation, the ferry from the region to Germany “needs to be fixed and it needs to go”.

Stepaniuc also drew attention to the prospect of building large passenger-cargo marine terminal in the city of Pionersky (by 2018). According to him, there is a question of competitiveness of this terminal with the Western seaports, including from the point of view of freight transport in Europe. Establish a ferry line from Kaliningrad to Europe, need to be tackled, he stressed.

According to the government area, the marine terminal in the Pioneer must provide the passenger turnover in the amount of up to 3 thousand people for each vessel. “The number of ship calls of cruise ships will be from 50 to 200 per year, the passenger traffic which range from 100 to 300 thousand passengers. Ferry number of vessels, according to various forecasts, will make from 50 to 300 vessel calls per year. The cost of construction at the expense of means of the Federal budget – 8 billion 964 million rubles”, – reported there.