In Moscow, demolished the shopping center “Pyramid” near the metro station “Pushkinskaya”, which the authorities of the city declared illegal construction. According to the Department of trade and services of Moscow, the owner decided to dismantle the building by themselves. According to the head of the Moscow Department of trade and services Alexei Nemeryuk, for the demolition of the shopping center “Pyramid” might need three days. Nemeryuk explained that so far there is no talk about compensation to the owner for the voluntary demolition of a building. 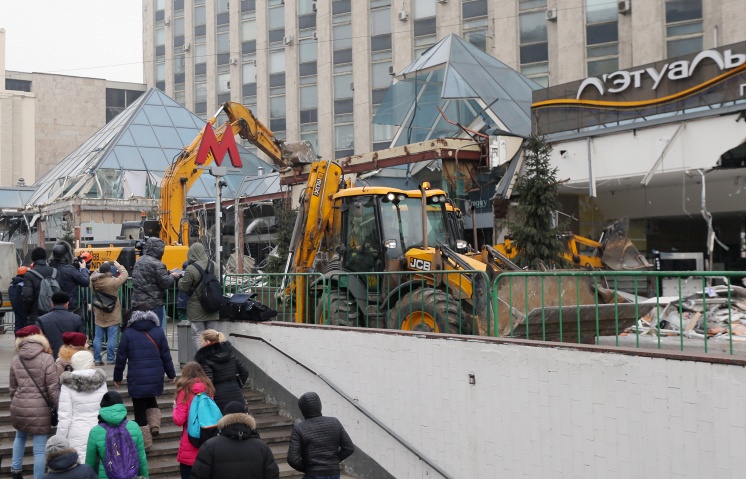