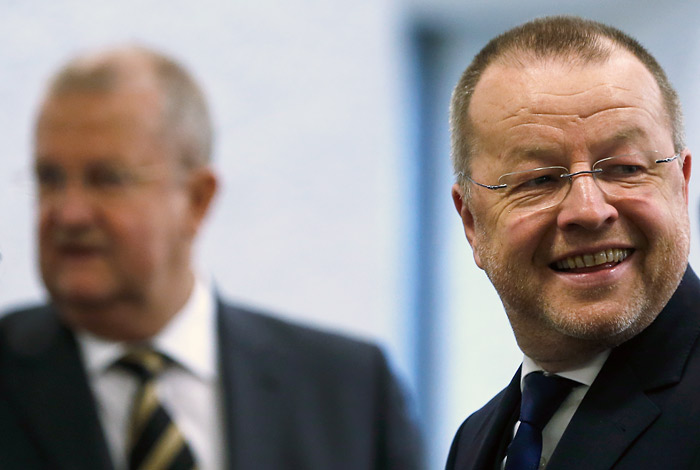 Moscow. February 19. German prosecutors asking the court to fine the automaker Porsche 807 million euros and send two former top managers of the company in jail for more than two years in connection with a failed takeover of another German car manufacturer – Volkswagen, reports Bloomberg.

The prison term facing ex-Porsche CEO Wendelin Wiedeking and financial Director of the Team to Herter. Their lawyer said the absurdity of the claims of the prosecution and ruled out the possibility of making such a harsh sentence.

The court will announce its decision on the matter in early March.

The authorities accuse the company that it in 2008 it entered the market in confusion, hiding its plans to takeover Volkswagen. Porsche then suddenly announced that it owns 74.1% of Volkswagen (directly and via options) and that it is preparing to increase its share up to 75% to ensure the absorption of a competing concern.

Shares of Volkswagen rose in price soon after this news, and company at some time became the largest by market capitalization in the world.

Porsche made the takeover attempt of Volkswagen in the end did not succeed. Until Porsche bought up shares of Volkswagen, she had accumulated a lot of debt, including due to the global financial crisis and the downturn in the auto market.

Since 2009 relations between the two German automakers began to develop in the opposite scenario, and as a result Volkswagen has swallowed Porsche.