MOSCOW, February 22. The Chairman of the Federation Council Committee on international Affairs Konstantin Kosachev stated that for two years the so-called “revolution of dignity” in Ukraine has finally turned into a coup of the nationalist wing. 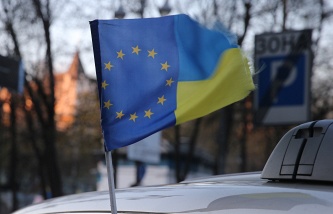 The situation in Ukraine: patriot games under external management

“Today is exactly two years since the “revolution of dignity” in Ukraine (if it ever was) finally slipped into the genre of a coup nationalist,” the Senator wrote on his page on the social network Facebook.

According to him, Ukrainian events on the Maidan in February 2014 “from the very beginning and still trying to present as an uprising of aspiring to freedom of the people against the corrupt anti-people government”. “For two years received a comprehensive answer: it was a banal redistribution of power, its forcible redistribution from one political force to another, more representative, therefore more cheeky, but definitely not nationwide”, he stated. “And wasn’t in it at all neither rule of law nor democracy, nor human rights, than on the words as supervising external sponsors of “Maidan”, – said Kosachev.

The head of the international Committee of the Federation Council stressed that during two years the power in Ukraine came to unsatisfactory results. “If the changes happened only in foreign policy orientation of Ukraine, which became treacherously derogatory anti-Russian and Pro-Western”, – he noted. “You can “congratulate” foreign sponsors of Kiev, who during these two years, perfectly solved its geopolitical problems. You need to sympathize with the people of Ukraine, through which these tasks are unrelated to the actual national interests of the country were resolved,” wrote the Senator.