There are two excavators. A night spent scrubbing pad from the broken fragments of the building. In the work area continues to be limited movement on one of the lanes and access to bus stop.

Shopping center “Pyramid”, which is recognized as unauthorized construction, were pulled down in the centre of Moscow the day before. In the works involved more than ten units of special equipment. It is planned to complete the work before February 24.

In December 2015 the government of Moscow passed a resolution calling on February 8, 2016 demolition of 104 objects recognized by the squatter because of improper paperwork, being on public lands or on sites with utilities. Among them are the shopping center “Pyramid” near the metro station “Pushkinskaya”, the stalls near the metro station “Kropotkinskaya” and other objects. In most cases, the dismantling began after midnight on 9 February. 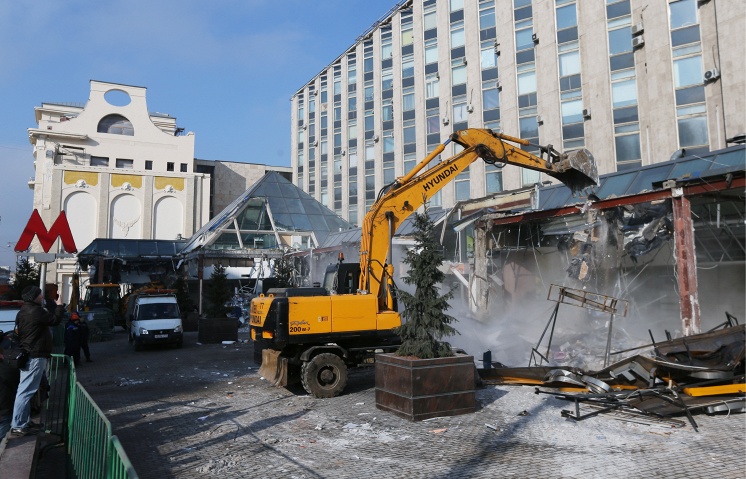 The last day of the “Pyramid”: in Moscow demolished the most famous squatter