MOSCOW, February 22. The presidents of Russia and USA Vladimir Putin and Barack Obama – have endorsed the ceasefire in Syria. About this informed the head of the Russian state in the application shown on the TV channel “Russia 1”. 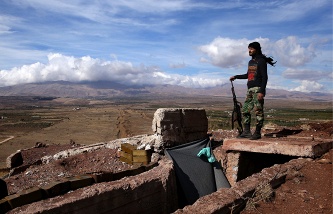 “Just had a telephone conversation with U.S. President Barack Obama. Conversation initiative came from the Russian side, but the interest was decidedly mutual. During the meeting, we endorsed the joint statement of Russia and the USA as an International support group of Syria on the cessation of hostilities in that country,” Putin said.

The President called the agreement by Syria is a real step to stop the bloodshed.

According to the President, Russia will carry out the necessary work with Damascus, Moscow expects the United States to conduct this work with their support groups

Putin also stressed that the joint work of Russia and USA on Syria may be an example of action on combating terrorism.

The President noted that the attacks on terrorist organizations in Syria will continue.