MOSCOW, February 22. The CPS, conducted from December 2015 audits revealed facts of sale to citizens of Russia tourist products, involving visits to Turkey. This was reported on the Agency’s website. 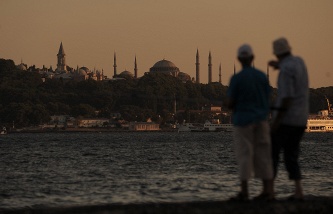 The office of Rospotrebnadzor for the first time filed a lawsuit against the website, which was promoting holidays in Turkey

“During the inspection, as well as monitoring information provided on the websites of tour operators and travel agents and the Internet, facts implementation (proposals for implementation) tourism product in the direction of the Republic of Turkey have been identified. Work on inspections of travel companies continues”, – is spoken in the message.

As part of the work on revealing of the facts of sale of tours to Turkey departments of Rospotrebnadzor on the subjects of the Russian Federation was held unscheduled inspection of 1461, 132 made of the ruling on initiation of administrative proceedings and conducting an administrative investigation, 214 drawn up protocols on administrative offences. The question remains on control of CPS.

The Russian foreign Ministry on 24 November 2015 recommended Russians to refrain from traveling to Turkey because of the threat to their security. In turn, Rosturizm recommended Russian tour operators to suspend selling tours to Turkey and sending tourists in this country, directly or through third countries. The largest Russian tour operators have agreed with the recommendation of the Federal tourism Agency.