LONDON, February 23. /Corr. Ilya Dmitriev/. The heads of 200 UK companies, including giants such as oil companies BP and Royal Dutch Shell have spoken in favour of Britain’s membership in the European Union (EU), expressed support for Prime Minister David Cameron. This is stated in a letter published Tuesday in the Times. Signatures under an open address delivered to, among others, the heads of more than one-third of 100 companies, which quotations are taken into account in the definition of main index of the London stock exchange – FTSE 100. 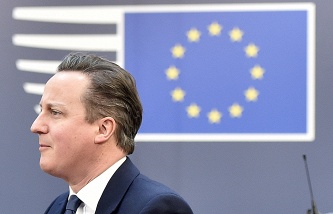 Cameron warned that if the British decide to leave the EU, a second referendum will not be

“Following held by the Prime Minister for talks (on reforming the EU proposed by London terms), we believe that the UK should stay in a reformed EU”, – said the leaders of the companies, which employ more than 1.2 million people. Thus they repeated the language used by Cameron himself for membership in the community of 28 States.

“Businesses need unobstructed access to the European market with 500 million people in order to continue to grow, invest and create jobs,” the letter said. The leaders of the major British companies are warning about the dangers that come with eurosolare. “We believe that an EU exit will halt investment, jeopardize jobs and the economy”, – assured the representatives of big business. “Britain will be stronger, safer and richer, while remaining a member of the EU”, – stated in the letter. 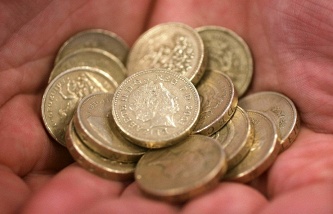 Signatures under it in addition to the already mentioned business put, in particular, mining companies Rio Tinto and Billiton, Vodafone and BT telecommunications, defence, BAE Systems, HSBC, EasyJet, Jaguar Land Rover automotive, retailers Marks and Spencer, Heathrow and Gatwick. This support Cameron expressed not only the leaders of British companies. Thus, your signature under the petition was signed by the head of the Swiss Bank Credit Suisse, Tidjan Thiam.

Their appeal published on the following day, after the rate of the British pound against the dollar fell to the lowest in seven years, amid increased concerns over a possible British exit from the EU and rating agencies Moody’s and Fitch warned about the risks for the economy of the United Kingdom in the event of such a decision by the electorate.

A referendum on this issue scheduled for June 23.