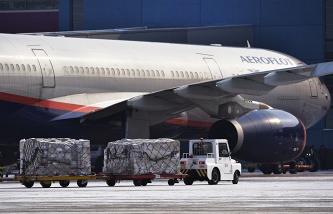 Earlier, ICAO has introduced a temporary ban on the transportation of shipments of lithium-ion batteries in the cargo compartments of passenger aircraft. Cargo planes such transportation is not prohibited.

“Restrictions apply only to lithium-ion batteries as cargo transported on passenger aircraft, and does not apply to personal electronic devices passengers or crew of aircraft,” said here.

The reason for the ban

As previously reported, the reason for the ban on the baggage quantities of batteries used in modern consumer applications, are concerns that they can spontaneously ignite and cause a fire that can destroy an air vehicle. The ban will come into force from 1 April. The decisions of the International civil aviation organization are not binding, but most countries typically perform them.

The President of the ICAO Council Olumuyiwa Benard Aliu said that “the temporary ban will remain in force until such time as within ICAO continues to work on new standards (fire-resistant) packaging shipments of lithium-ion batteries”, which is expected to be completed by 2018.

Batteries for laptops and smartphones 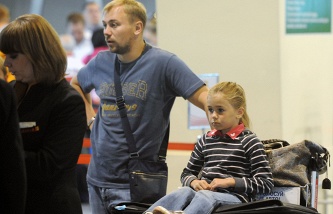 Aviation services has long been known that batteries can ignite spontaneously, causing fires with a burning temperature of more than 593 degrees Celsius. It is close to the melting point of aluminum, which is used in the aircraft industry. Tests conducted by the Federal office of civil aviation USA, showed that the fumes from overheated batteries can accumulate in freight containers, causing explosions that can bring down the aviation system of suppression of fires, and the emergence of a strong uncontrolled fires. After these tests, the organization representing manufacturers of aviation equipment, including the two largest in the world – Boeing and Airbus, said last year that the liners are not designed to withstand fires of batches of lithium-ion batteries, and continued transport of such goods is “unacceptable risk”.

Association of producers of batteries (The Rechargeable Battery Association), who spoke earlier against the ban, said in a statement that the industry is preparing for his compliance, but could lead to “serious disruption in supply chain”, especially for batteries used in medical devices.

In addition to the ban on the carriage of batteries on passenger liners ICAO also approved a requirement that batteries sent on cargo planes were loaded with no more than 30% and introduced new constraints on a small package of batteries.