GROZNY, February 23. The head of Chechnya Ramzan Kadyrov has published in social networks the report of the Deputy Chairman of the party Parnas Ilya Yashin on the situation in the Republic. The presentation of the text that Kadyrov described as blah-blah, the planned party on February 23. 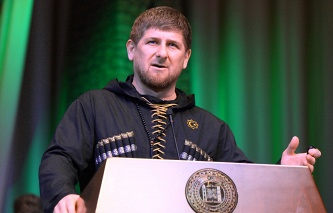 “Representatives of the party “Parnas” much has been written about a report “Threat to national security”. It was announced as a sensational material. Today the authors are going to present in Moscow to journalists as the sensation. And we publish it so that everyone who wished, could see, without waiting for the press conference,” wrote Kadyrov on his page in Instagram.

The head of Chechnya posted the link on their pages in social networks, which also published the report and called its content chatter.

Their attitude to this one-man show, I Express the fact that make copies of these things work. Don’t know what else is blah-blah, but written contains nothing but hot air

Ramzan Kadyrov
the head of Chechnya