SIMFEROPOL, February 23. Vice-Premier of the Crimean government Ruslan Balbec called the “dancing on bones” song “1944” Ukrainian singer Jamala (Susana Jamaludinova) about the deportation of Crimean Tatars for the contest “Eurovision 2016”. 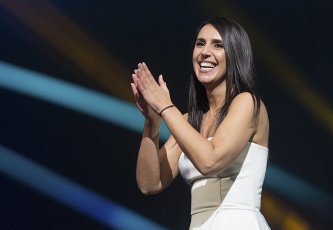 The “statement of Jamala Eurovision song contest with a song “1944” is actually the “dancing on bones”. When in the works of trying to use the tragedy of the Crimean Tatar people to satisfy someone’s political ambitions, I think it’s blasphemous. After all, what “Eurovision” is an entertainment show where people watch and comment on the action: someone is sitting in the hall, someone in front of monitor, someone is lying on the beach and looks through the Internet – they are fun, and the Ukrainian government under the guise of entertainment trying to promote the European audience his line of foreign policy,” said Balbec in conversation with the correspondent of TASS.

According to the Vice Premier, mixing entertainment and tragedy is unacceptable. “I wonder why the Ukrainian spectators not resent the fact that think about their country at Eurovision? he added. – Is appropriate in between songs about love or pleasure trips to sing about the tragedy of our people?”. 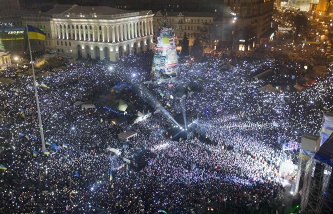 The Balbec named Jamal is proud of the Crimean Tatar people. “Do not be nasty Jamale actually guide someone else’s ideas, because she a creative person and not a servant of the poor politicians”, – he noted.

Susana Jamaludinova began on February 21, the winner held in the Ukraine national selection for “Eurovision-2016”. The text of her song “1944” about the deportation of Crimean Tatars in 1944 has been controversial. In particular, he criticized the Deputy Chairman of the Duma Committee on information policy Vadim Dengin, who believes that such compositions only politicized the competition. He expressed hope that the leadership of “Eurovision” will not allow it.