MOSCOW, February 23. Focal point for the reconciliation of the warring parties in Syria created and started to work on the Russian airbase Hamim. About this informed the official representative of Russian defense Ministry major General Igor Konashenkov.

The center was established in accordance with Russian-American agreements on 22 February on the cessation of hostilities in Syria to implement the mechanism for monitoring the observance of ceasefire regime.

“The main tasks of the coordination centre is to promote: the negotiation process of reconciliation between the Syrian government and the opposition, with the exception of the ISIL (the former name of the terrorist group “Islamic state” – approx.), “Jabhat-EN-Nusra” (both banned in Russia) and other terrorist organizations recognized as such by the Security Council of the United Nations; the conclusion of agreements on a ceasefire and organizing the delivery of humanitarian assistance”, – stated in the message.

In the evening of 22 February had been circulated a joint statement of the Russian Federation and the United States, which says that the ceasefire in Syria will come into force on 27 February at 00:00 (Damascus time) (01:00 GMT). 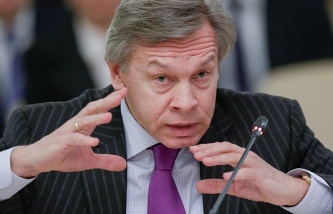 Pushkov: “it is necessary to see the pitfalls” that threaten the agreements on truce in Syria

The statement stressed that the truce apply to all parties, except terrorist groups “Days” (Arabic name “Islamic state”) and “EN-dzhebhat Nusra” and other terrorist organizations recognized by the UN Security Council.

Second round of Syrian peace talks was supposed to start in Geneva under the auspices of the UN on 25 February, however, at the end of last week the emissary of the UN Secretary General on Syria Staffan de Mistura acknowledged that to initiate them in this day will be unreal.