MOSCOW, February 24. Defective batch of products of the company-manufacturer of chocolate bars Mars in Russia is not supplied. This is stated in the press release of Rospotrebnadzor.

“According to available information, including reports by the international information systems International network of agencies for food safety, who (INFOSAN) and the European system of rapid notification for food and feed (RASFF), the contact point of which is the CPS, such products into the Russian Federation and other member States of the Eurasian economic Union should not be supplied”, – stated in the message. 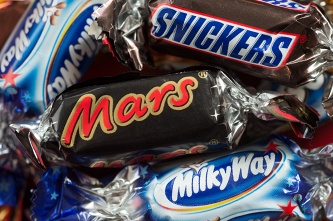 The CPS, however, has requested from the competent bodies of the European Union information on the causes of contamination of products, volumes and types, supplies to the Russian Federation and the measures taken.

On Tuesday it became known that Mars was withdrawing from 55 countries its products are manufactured in the Netherlands, because found in her plastic. The recall applies to chocolate bars Mars, Snickers, Milky Way Mini, as well as sweets and Celebrations MiniMix. Their shelf life varies from 19 June 2016 to 8 January 2017.

The decision to withdraw was taken after 8 January in Germany at the Snickers bar was found a piece of red plastic. The company’s investigation has shown that plastic is part of the stubs used in the production process at the factory in Vechel.

The press service of the Russian representative office said that Russia is not included in the list of countries in which American manufacturer of chocolate bars is Recalling its products.