MOSCOW, February 24. First treatment began to come to the coordination centre for reconciliation in Syria created by the defense Ministry, said the official representative of Department major General Igor Konashenkov. 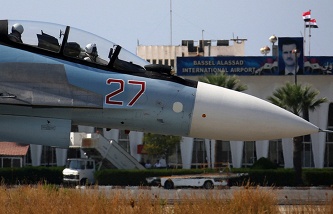 “These are not isolated incidents, there are tens,” said he.

According to him, the center received more than 10 complaints in various parts of Syria, the negotiations are underway in a number of settlements in the region of Latakia.

Earlier the defense Ministry announced the establishment of a focal point to reconcile the warring parties in Syria airbase Hamim. According to him, the center was created in accordance with Russian-American agreements on 22 February on the cessation of hostilities in Syria.

Konashenkov also said that the Russian Federation conveyed to the American military attache in Moscow all contacts hotline according to the agreement on the ceasefire in Syria, while the response is not received.

“Yesterday, a military attaché at the U.S. Embassy in Moscow has been provided with all contact information hot line as mandated by the Russian-American agreement on the ceasefire in Syria. A night passed, but no response data we received from our partners,” he said.

“From Turkey with heavy artillery shelling of border settlements. Instead of without adducing any proof to accuse us of selective strikes, we ask Amnesty International, Human Rights Watch, “Doctors without borders” and other organizations to give an official assessment of these criminal acts of the Turkish armed forces,” Konashenkov said.