MOSCOW, February 24. Deputy Chairman of the Federation Council Committee on constitutional legislation and state construction Elena Mizulina called the outrageous proposal of the Ministry of industry and trade to allow the sale of alcohol near schools and other social facilities. This was reported in Wednesday’s press service of the Senator. 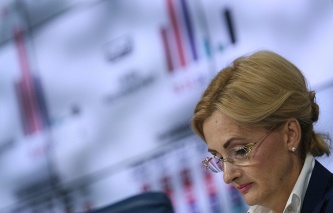 “The idea of the Ministry of industry and trade – outrageous! The proposal to return the permit to sell alcohol in stores located near schools and hospitals cannot be justified! Unless that at the expense of children and patients want to increase the profits of the alcohol lobby,” she said.

The Senator suggested that Russia, with the tacit consent of regulatory authorities conducted a deliberate campaign on the soldering of the population. “It seems that in Russia there is a widespread conscious accustoming of the population. In many regions of the country the stores are flooded with counterfeit alcohol, which often leads to serious health consequences,” – said Mizulina. In her opinion, in order to circumvent the ban on night sale of alcohol, “very often open drinking establishments that sell alcohol by the glass, on tap”. “In these places even do discounts and hold shares. Advertising of alcohol filled all! Even if people do not want to buy alcohol, he unwittingly at every step confronted with the information about alcohol”, – said the Senator. “Effective measure, in my opinion, will ban the sale of alcohol in stores located in residential buildings,” she said. 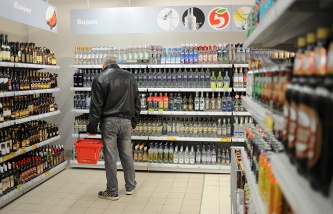 Mizulina also proposed to ban the sale without prescription of different alcoholic liquors, which are freely spread “everywhere in the stalls and shops.” “This area is necessary to strictly regulate and delay!”, – concluded the MP.

Previously, the newspaper “Vedomosti” with reference to Deputy Minister of industry and trade Viktor Evtukhov reported that the Ministry has developed a draft Federal law that allows the sale of alcohol in stores located near social and sports facilities. According to the Deputy Minister, the Agency proposes to exclude from the legislation on regulation of the alcohol market, the concept of adjacent areas within which shops and cafes are forbidden to sell alcohol. Their initiative, the authors of the bill explain that the current restrictions did not lead to the reduction of alcohol addiction of the population, but corruption and increase administrative pressure on business.