MOSCOW, February 24. Turkey again, as in 1877-1878, “stands on the side of evil.” This opinion was expressed by state Duma speaker Sergei Naryshkin, opening in the lower chamber of Parliament an exhibition of prints and photographs dedicated to the 139th anniversary of the liberation of Bulgaria from the Ottoman yoke as a result of the Russo-Turkish war. 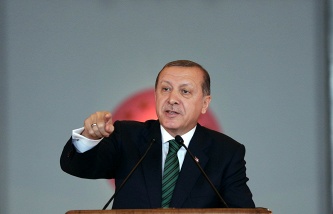 Media: the policy of the Turkish authorities turned to the country’s “strategic nightmare”

“History, as it is known, repeats itself, and today, in the global confrontation between good and evil that is happening in the middle East, North Africa, Turkey is again on the side of evil, on the side of these new barbarians of the twenty-first century – to international terrorists. And Russia, as in previous years, leads the fight against a common enemy for the whole world civilization. And certainly, as before, good will conquer evil” – said Naryshkin.

“This exhibition, which is presented today in the Duma, is a tribute to the memory of the Russian soldiers and the Bulgarian militia, who shoulder to shoulder fought against a common enemy,” – said Naryshkin. 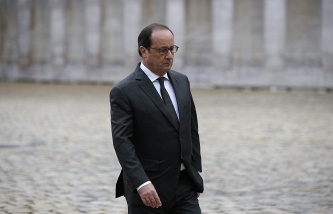 Hollande: Turkey attacks the Kurds in Syria can lead to an open conflict with Russia

“We are grateful to the Bulgarian people for respect for the fallen soldiers of the Russian army. The streets and squares of Bulgarian cities bear the names of Russian generals”, he added.

“And our relations with Bulgaria, cultural, and spiritual ties, our relationship – it is stronger than any attempts to divide our peoples and our countries”, – said the speaker.