KRASNOYARSK, February 20, the Ministry of economic development does not support the introduction of a single social tax instead of insurance payments in funds, but believes that the payment business needs to deploy one in a single fiscal authority, said Deputy economic development Minister Oleg Fomichev at the Krasnoyarsk economic forum.

According to some media, the government in preparation of the new plan of support of economy discusses, including, hard model of reforming of system of collection of revenue – elimination by 2017 of insurance premiums and the return of the social tax, which is administered by the FNS. 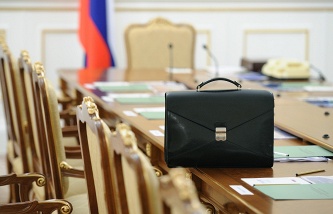 “We believe that in the current system of social transfers through the creation of a single body, a single administrator of the income on the basis of the Ministry of Finance is nearly complete, to make sure that the business was convenient and didn’t have to send payments in separate bodies. That is, for business in fact the payment will be one, and fiscal authority to distribute funds to different funds. Necessary or not just to unite, calling the single tax, most likely, no,” he said.

Earlier, President Vladimir Putin signed a decree on the transition of the Federal alcohol market regulatory service and the Federal customs service under the jurisdiction of the Ministry of Finance. At the beginning of December 2015 at state of the nation address the President set the task to create a system of unified administration customs, tax and other government payments.

Contributions to the Pension Fund (RPF) shall be paid by employers from the salary Fund. Now for salaries to 796 thousand rubles a year rate is 22% and plus 10% with higher earnings. In the social insurance Fund – 2,9% of salary up to 718 thousand and zero for incomes above that amount. For contributions to the health insurance Fund, a flat scale is 5.1% with any wages. The total rate of premium is 30% and 15.1% for income in excess of the threshold.