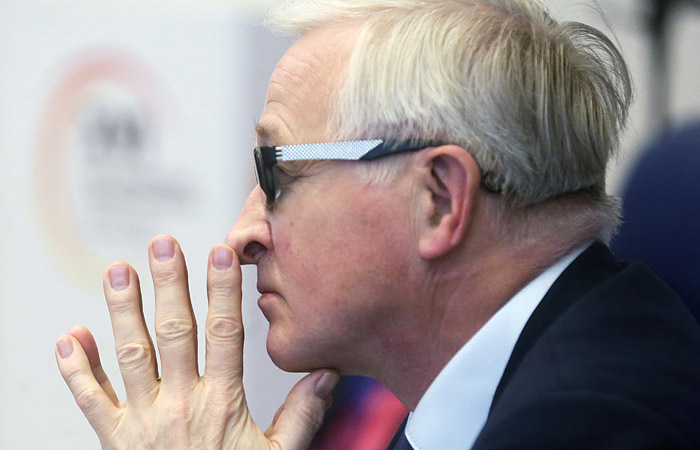 Moscow. February 19. The Russian Union of Industrialists and entrepreneurs (RSPP) is ready to vouch for the detainee on Thursday the Chairman of the Board of Directors of the airport “Domodedovo” Dmitriy Kamenshchik, as was the case with the owner of AFK “Sistema” Vladimir Yevtushenkov, but believes that law enforcement should use a less stringent measure of restraint concerning suspects of businessmen. While the Union also believes that it is too early to judge how the arrest of Kamenshchik will affect the investment climate in the country.

“If, say, Vladimir Yevtushenkov, RSPP vouch for him that he will cooperate with the investigation, so you can measure, say, from house arrest on his own recognizance to change, here we have no such grounds, because the Bricklayer and “Domodedovo” are not members of the RSPP, it is not involved in the work. We cannot guarantee to provide this kind”, – said the head of RSPP Alexander Shokhin.

“First of all, and the charge itself is not economic. Secondly, and personally, it becomes harder to give the surety any”, he added.

However, Shokhin considers the correct “default” use detention of suspects.

“In General, we believe that our law enforcement has enough technologies in order to prevent disappearance of the suspect. House arrest with bracelets and etc. are all in the Arsenal. So do not understand why every time there is not only resonant, and any other major case, the argument is that a suspect may exert pressure on the witnesses that he might abscond, to go abroad. Need some examples to test the effectiveness of other technologies”, – said the head of RSPP. He recalled that in the case of the terrorist attack in “Domodedovo” is not about intentional wrongdoing, and a failure of security controls at the airport. “In this regard, the question naturally arises, how justified harsh preventive measure”, – said Shokhin.

However, the main issue, according to Shokhin, is the reasonableness of the charges, so while to judge the impact of the case of Kamenshchik on the investment climate in the country early. “If it was an economic crime could be discussed in terms of climate. Given that we are talking about decisions that could lead to the possibility of a terrorist attack, is a completely different story, and comment in terms of the investment climate are only possible if there are not sufficient evidentiary base,” he said.

Kamenshchik was arrested the day before in the terrorist attack at the airport in 2011. He was charged with committing a crime under part 3 of article 238 of the criminal code (“performance of works or rendering of services that do not meet the requirements of safety, entailed on imprudence death of two or more persons”). On Friday, the Basmanny court of Moscow will consider the petition of the investigation about the arrest of Kamenshchik.