MOSCOW, February 24. Sberbank filed a lawsuit in the arbitration court of the Omsk region about collecting with research and production Corporation “Uralvagonzavod” (UVZ) more than 2.3 billion rubles of debt, according to the court.

“The statement of claim is admitted, the first meeting is scheduled for 17 March,” he said in court. 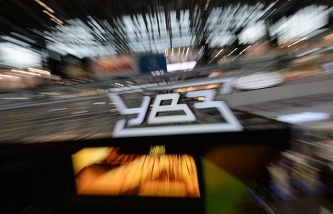 The court has suspended manufacture under the claim of Alfa-Bank to UVZ 7.3 bn and $33.9 million

According to the materials of the case, the savings Bank will recover the debt, including overdue under the agreement of opening nonrevolving credit line dated March 30, 2015 as of February 17, 2016 in the amount of 1.89 billion rubles, and by agreement dated 15 January 2015 on 477,4 million rubles in addition, there will be a forfeit. As co-defendant in the claim is performed by JSC “Omsk plant of transport machine building” (“omsktransmash”) – a subsidiary of the Uralvagonzavod.

The court also added that at the same time the savings Bank has filed an application for interim relief in the form of seizure up to the amount of claims for contingent-owned “omsktransmash” and UVZ, including the funds on the accounts opened in Sberbank offices. “Because of PJSC “Sberbank of Russia” has not shown that the failure to take interim measures may complicate or make impossible execution of the judicial certificate, has not established a credible threat of impossibility of performance of a judicial act in future, in case of satisfaction of its claims in this dispute, the arguments of the plaintiff are of a conjectural nature, the grounds for granting the application for interim relief absent”, – is spoken in the materials of the case. 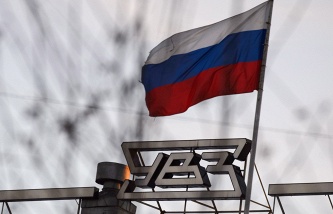 In the arbitration court of the Chelyabinsk area considers the claim of Alfa-Bank about collecting with UVZ and its subsidiaries – “CHTZ-Uraltrak” and “Technopark “tractor factory” – debt under credit lines, totaling more than 7 billion rubles and $30.2 million the Next hearing on the lawsuit is scheduled for March 15.

UVZ: dispute with Sberbank will be resolved in the pretrial order

“Uralvagonzavod” in the pretrial order will settle the debt to Sberbank in the amount of more than 2.3 billion rubles this was announced by the Deputy CEO of Uralvagonzavod, Alexey Zharich.

He noted that currently the Corporation familiar with the claim. “We are confident that the issue will be resolved in the pretrial order,” said Zharich, adding that “it is the procedural issues related to contractual work with the customer products.”

UVZ is a Russian Corporation engaged in the development and production of military equipment, road construction machines, railway wagons. It comprises more than 40 industrial enterprises, research institutes, design offices. Parent enterprise “Uralvagonzavod” in Nizhny Tagil. 100% of the shares of the Corporation owned by the state.