MOSCOW, February 24. The state Duma Committee on budget and taxation recommends the lower house of Parliament to approve in the first reading a bill to increase from 1 April 2016 the cost of the excise taxes on gasoline and diesel fuel. 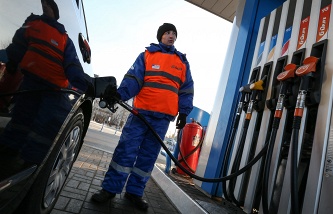 “We assume that the increase will not lead to a substantial increase in retail prices for gasoline. According to our estimates, the likely price increase will be about 5%, which is below the CPI and below inflation,” he said at the Committee meeting, Deputy Finance Minister Yury Zubarev.

He added that raising the excise tax on gasoline is one of the measures to increase budget revenues in a difficult economic situation.

“This measure is primarily aimed at the replenishment of the revenue side of the budget. At current oil prices, falling revenues estimated at 1.5 trillion rubles, a significant sum. Therefore, being sought all avenues for revenue mobilization”, said Zubarev.

The bill proposes introducing amendments to article 193 of the Tax code of the Russian Federation. As follows from the explanatory note, from 1 April 2016, increase the rates of excise duties on motor gasoline, directly distilled gasoline, diesel fuel and middle distillates.

Also from April 1 excise duty rates for middle distillates, it is proposed to establish in size, equal to the rate of excise tax on diesel fuel. 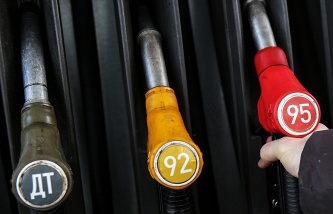 Media: FAS proposes to extend the circulation of gasoline “Euro-4” to the end of the year

“In order to minimize the possible negative impact of measures on the agricultural sector the rate of excise on diesel fuel is increased by 50% from the level of increase of the excise rate on car gasoline”, – stated in the explanatory note to the draft law.

It is expected that in the first reading the bill will be considered at the Duma plenary session on Friday, February 26.

Earlier it was reported that the additional revenues of the consolidated budget of the Russian Federation of increase of excises on gasoline and diesel fuel may be in 2016 to 89.3 billion rubles.

This year, on the proposal of the Ministry of Finance the excise tax on fuel was increased, from 1 January the rate of gasoline Euro-5 increased by 36.1% or on 2 roubles to 7,53 rubles per liter, and for diesel fuel – by 20.3%, to 4.15 rubles. per liter. Last time twice in one year, the excise tax increased in 2013.