MOSCOW, February 24. The Bank of Russia believe that the car repair by CTP could hold the insurance company. This opinion was expressed in interview to “the Russian newspaper” the Chairman of the Bank of Russia Vladimir Chistyukhin. 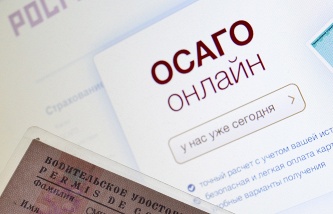 “From my point of view, it would be correct to proceed with receiving money for insurance for a immediate car repair insurance company. Today, the consumer has the choice: either he gets the money or repairs the car”, said Chistyukhin.

Chistyukhin said that the Bank of Russia revealed in the market auto insurance are two types of fraud: the first is associated with the recovery from insurance companies fraudulently inflated the amounts on the insurance, the second – with the appearance on the market of fake insurance policies.

“We are now seeing a major form of fraud in the two sectors. There was a whole class of avtoyuristy, which, in fact, must protect the rights of motorists but in fact knocking out the largest possible amount of money from insurance companies for filling their own pockets,” said Chistyukhin.

According to him, the scheme of such fraud is simple: the victim in the accident redeem his right for the money you pay in cash, on the spot, without proceedings. “Further, through different legal procedures wind the payoff amount, including, for example, the costs assessor, the penalties which may be imposed on the insurance company, if she at the time did not manage to perform any of its obligations… In the end it turns out very good income,” said Chistyukhin.

Another problem, according to him, associated with insurance policies. “After the increase of tariffs for some citizens to buy the insurance policy became more expensive than before. As a result, the market appeared fake, said Chistyukhin, – there Are times when motorists purchase such policies, not knowing that it’s fake. They explain that insurance is slightly cheaper because the insurance company has a tariff corridor, within which the price may vary, seasonal discounts, something… But very often people consciously buy a fake.”