MOSCOW, February 24. Federal Agency on technical regulation and Metrology (Rosstandart) of the Russian Federation sent a request to the Russian representative office of Mercedes-Benz in connection with possible falsification of data on emissions of diesel vehicles. This was reported on the Agency’s website. 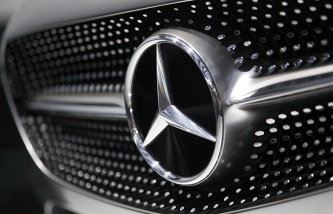 In the US case about the falsification of Mercedes emissions data

“The Federal Agency for technical regulation and Metrology of the obtained information that a number of foreign markets revealed the problem of falsification of data on emissions of diesel vehicles Mercedes-Benz, – is spoken in the message. In order to verify this information by Federal Agency in accordance with the provisions of the Federal law “On technical regulation”, sent a request to the JSC “Mercedes-Benz RUS” on the provision of necessary explanations and materials on this topic”.

According to the results of the analysis of the received information, decisions will be made in accordance with applicable law, the Agency said.

As previously reported, in the US case about the falsification of German concern Mercedes-Benz on emissions of diesel engines equipped with BlueTEC technology. The suit was filed by law firm Hagens Berman. According to lawyers, the automaker has deliberately set up the cars with clean diesel engines so that they emit dangerous levels of nitrogen oxide, 65 times higher than the norms for the protection of the environment, at temperatures below 50 degrees Fahrenheit.