MOSCOW, February 24. The Board of Directors of RusHydro at its meeting approved the registry of non-core assets by 2016, the report said the generation company. 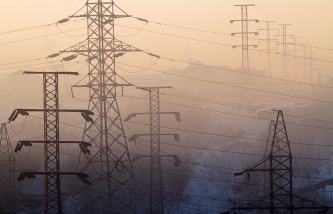 RusHydro increased its share in “RAO ES of the East” to 96.7%

The Board also requested to develop and submit up to the first of June of the current year for consideration by the Board of Directors of new regulations on the disposal of non-core assets of JSC RusHydro.

“The registry is designed and aimed at optimization of costs and reduction of non-core assets on the balance sheet of the company”, – stated in the message of the company.

As previously reported, RusHydro plans to get rid of non-core assets and sell a portion of sales companies, said the head of the company Nikolay Shulginov.

Purchase at least one of the sales company is interested in “inter RAO”. In early February a member of the Board of the energy holding Ilnar Mirsiyapov said that the company this year can make a deal on the sale of retail assets “RusHydro”, if will be achieved and agreed upon certain parameters, including cost. What kind of asset are we talking a top Manager did not elaborate.