MOSCOW, February 24. The Ministry of justice of Russia until the summer will file a complaint for reconsideration “Navalny and Officers against Russia” in the Big chamber of the ECHR. 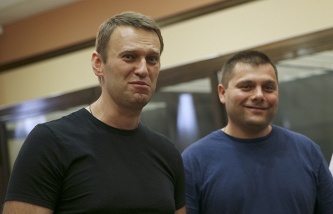 Earlier it became known that the European court of human rights found violations of prisoners ‘ rights in the case of “Kirovles” of Alexey Navalny and Pyotr Ofitserov and was ordered to pay them compensation.

“The judgment of the European Court of human rights on the case “Navalny and Officers against Russia” will be appealed by the Ministry of justice of Russia to the Grand Chamber of the ECtHR in the terms established by the Convention for the protection of the rights and freedoms of the individual (for three months from the date of the judgment – ed.)”, – reported in the Russian Ministry of justice.

In this case, “the legal position of the authorities of the Russian Federation will be formed by the Ministry of justice taking into account the opinion of the competent Federal state authorities” and “on the basis of the case law of the ECtHR, including confirming the priority right of national courts on the interpretation and application of national law”. 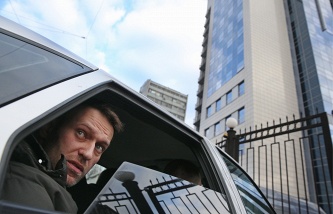 Political analyst: purpose of the activity Bulk is “to collect some money and leave the country”

The ECtHR considered that in the case of “Kirovles” was a violation of the right to a fair trial. The court awarded each of the applicants 8 thousand Euro as compensation of moral harm, and also Bulk – 48 53 thousand euros and Ofitserova – 22 893 thousand euros in compensation for incurred legal fees.

On October 23 last year nikulinskaya court of Moscow has satisfied the company’s claim and ordered to pay 16 million roubles from the convicts Alexei Navalny, Pyotr Ofitserov and the former General Director of “Kirovles” Vyacheslav Opaleva in the form of compensation of property harm.