MOSCOW, February 24. The state Duma adopted in the first reading a government bill on extending free housing privatization until March 1, 2017. 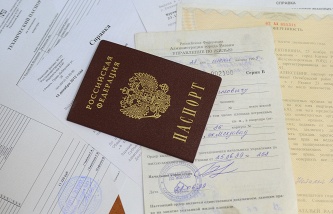 As noted in the conclusion of the Duma Committee on housing policy and housing on the bill, the privatization period needs to be extended due to the fact that a significant portion of citizens in socio-economic and institutional reasons are unable to exercise their right to privatization received under contracts of social hiring of premises. “This is particularly important at the moment for the residents of the Crimean Federal district, which for a number of reasons just don’t have time to use the granted rights. The bill will allow to avoid social tensions on the territory of the newly formed entity and will ensure its consistent integration into the legal field of the Russian Federation”, – said in the conclusion.

Onf: current extension should be the last

Thus, in the opinion of the Committee, granted to citizens the deadline for privatization of occupied under contracts of social hiring of premises may be extended.

For his part, the Deputy from the Astrakhan region, an activist of the popular front Leonid Ogul believes that the current extension of the free privatization for the year should be the last. “Except after March 2017 can be only some categories of citizens is, as already mentioned by my colleagues, the orphans, the residents of Crimea, as well as people who will be relocated from emergency housing, and those who had registered before 2005,” he told reporters.
“In General, over the last 20 years everyone could privatize their flats. And the infinite continuation of this process will inevitably slow down the construction of social housing and tenement houses,” said Ogul.

Two of the same project

At the same time, the Duma rejected an alternative bill, introduced by deputies of the faction “Fair Russia”. As noted by the head of the Duma Committee for housing and communal services Galina Khovanskaya (Fair Russia), “the bills are identical to the comma”. “The only difference is that the project prepared by deputies “Fair Russia” was made on December 23, 2015. A government bill was introduced on 18 February 2016. I suggest to support both bills, because they are no different. Let us respect the opinion of my colleagues, who introduced a bill earlier,” said Khovanskaya before the vote.