MOSCOW, February 24. Elections in Syria should be carried out on the basis of the agreement of the Syrian government and the opposition. This was announced on Wednesday the official representative of the Russian foreign Ministry Maria Zakharova, commenting on the Declaration of Damascus’s intention to hold parliamentary elections on April 13 this year. 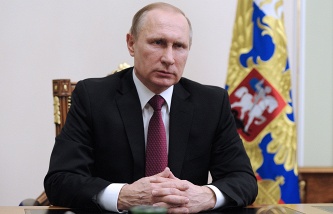 Kremlin: Putin discusses with Assad by telephone the issues of the Syrian settlement

“Indeed, in the Syrian capital, announced the holding of elections to the people’s Assembly of Syria on 13 April, the diplomat said. In this regard I want to stress that Russia is fully committed to the agreements about the contents and stages of process of political settlement of the Syrian crisis in accordance with the decisions of the International support group in Syria and a UN security Council resolution 2254”.

“This means that we will continue to strive for the early establishment in Geneva under the auspices of the UN a full and inclusive inter-Syrian negotiations on the formation of the SAR government and the opposition joint management structure with the subsequent drafting of a new Constitution, on the basis of which should be General elections,” – said Zakharov.

According to her, this principled approach of Russia “remains unchanged.”

“At the same time we expect from our partners MGPS efforts to ensure a truly representative nature of the delegation of the Syrian opposition at the talks with the Syrian government. In turn, and they will vigorously insist” – said the official representative of the guardian.