MOSCOW, February 25. The Finance Ministry proposes to introduce in the Tax code Chapter on the unified insurance Deposit, equating it to taxes, to abolish the reduced rate of payment for high wages, and to avoid increased fiscal burden is to reduce the overall contribution rate from the current 30% to 28-29%, the newspaper “Kommersant”.

The publication refers to the letter of the Deputy Minister of Finance Ilia Trunina in the office of government dated 20 February. In the letter Trunin describes “the Concept of amending legislation on insurance contributions to state extra-budgetary funds”, prepared by the Ministry for execution of the January presidential decree on transferring the administration of these payments to the IRS.

The newspaper notes that this concept is opposed to the approach of the Ministry of labor, which proposes to gradually increase the load on large salaries, not compensating for this decrease in total rates. 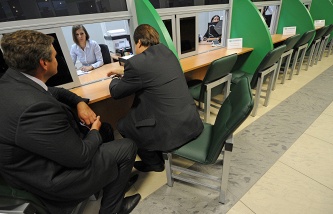 The Finance Ministry proposes to divide the administration income and expenditure of insurance premiums. Regulations the revenue side, the Agency intends to reserve, expense for labor. Until March 1, 2016, the Department is ready to submit to the government a draft law, supplementing the list of taxes and fees from the first part of the NC new insurance premium. In the second part of the code should appear 23.1 the head of “Insurance premium”. It is proposed to establish a common base for calculation of insurance premium. Now the basis for contributions to Fund three different.

Significant innovation – the Ministry of Finance in the new Chapter of the tax code proposes to abandon the current threshold wage used to calculate contributions. This is the so-called “tails”: when the total rate of contribution to the pension Fund at 22%, with salaries in excess of 796 thousand rubles a year, is paid another 10%. Contributions to the Fund of social insurance paid at the rate of 2.9 per cent – but only up to the amount of 718 thousand rubles a year. Finally, for the Foundation of medstrakh the salary of no – contribution rate is 5.1%. The Finance Ministry proposes that the inconsistency be eliminated by setting a new flat rate fee. To avoid a sudden increase of load, the new total bet prompted to install “below the current by 1-2 percentage points”, i.e. at the level of 28-29% vs. current 30%. Differentiation in the tariffs, including reduced, it is proposed to retain.

Except NC, the rule will have Fiscal, Civil and criminal codes, the administrative code and another 17 laws on social insurance. These changes will be technical in nature and do not affect the rules of calculation of social obligations to the population. Amendments to plan of the Ministry of Finance should be submitted to the state Duma before may 1 of this year and come into effect from 1 January 2017.