MOSCOW, February 25. Toyota withdraws in Russia 141 472 RAV4 crossover, released in 2005 and 2012, “Vedomosti” reports with reference to the representative of the company. It is the largest single feedback machines of the same model car not only Japanese brand, but other manufacturers at least in the last two years.

“The reason risk of damage of the rear seat belt due to its direct contact with the metal parts of the frame. When you contact owners of vehicles covered by the recall, the metal frame of the seat cushion of the second row will be installed plastic overlay. The necessary work will take 0.5-1 hour”, – notes the edition. 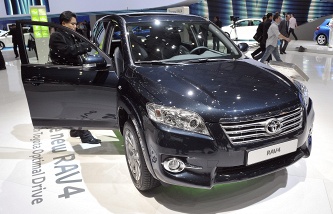 Toyota recalls in the U.S. more than 1 million vehicles because of problems with seat belts

A review will be done in the framework of the recently announced global service campaign, under which fall to 2.87 million SUV Japanese automaker. That is, Russia will account for 5% of the recalled vehicles.

The 2012 Toyota due to potential problems with the electric window winder on the driver’s door announced record review the 7.43 million vehicles and 22 models, Russia accounted for 3% of vehicles involved in the campaign (almost 250 thousand), covering five models – Auris, Camry, Corolla, Yaris, RAV4. A year ago, the company announced a recall in Russia 101 354 car Toyota Camry – about 6% of all cars that participated in the global review.

As reported Wednesday, the Federal Agency sent in “Toyota motor” query due to possible problems with safety belts.

Service campaign in Russia will begin after the dealers get all required spare parts, told “Vedomosti” representative of Toyota. Costs the automaker incurs, but their size interlocutor not revealed.