The airport network is planning to participate in tenders for the purchase of airports with passenger traffic of more than a million people a year. The closest competition to Irkutsk airport, said the Chairman of the Board of Directors, AEON Corporation (co-owner of the company “Novaport”) Roman Trotsenko. 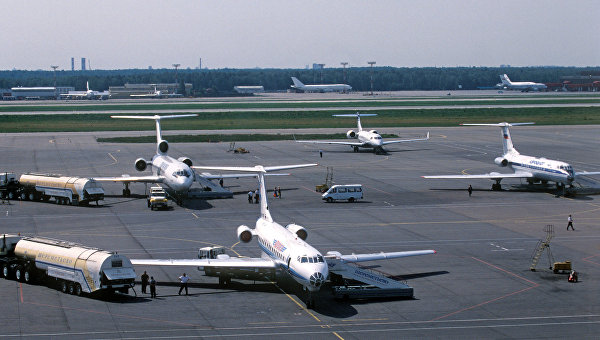 MOSCOW, 25 Feb.Prime. “Novaport” intends to participate in the tender for the acquisition of the airport “Irkutsk”, is also interested in acquiring the airports in Omsk and “Yuzhno-Sakhalinsk”, has informed journalists the Chairman of the Board of Directors, AEON Corporation (co-owner of the company “Novaport”) Roman Trotsenko.

“We will participate in the contest “Irkutsk”. The same thing, “Omsk”, “Yuzhno-Sakhalinsk”, has an interest in all these sites and we see a reasonable amount of capital costs. To buy the airport is half the battle, then you need to invest in reconstruction. All these airports are of interest to us”, — said Trotsenko.

Trotsenko said that “Novaport” interesting all the airports with passenger traffic of more than a million people a year. “Everyone expects the nearest competition “Irkutsk”, yet nothing is declared,” said he.

The passenger traffic of JSC “international airport Irkutsk” in 2015 amounted to 1.68 million people (decrease by 1% by 2014). 100% of its shares from April 2015 are in regional property. In February 2016, it became known that the government of the Irkutsk region plans to merge the airports of regional value (in Kirensk, Erbogacen, Ust-Ilimsk and other) in a single structure on the basis of JSC “international airport Irkutsk”.