MOSCOW, February 25. In the government expect will be carried out deep reform of Spetsstroy of the Russian Federation. This was announced by Deputy Prime Minister Dmitry Rogozin, speaking at the expanded Board of Federal Agency of special construction. 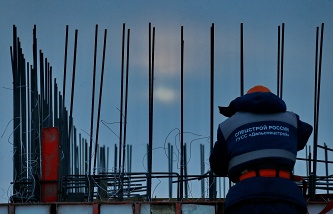 “We certainly expected a really deep and meaningful reform of the Agency because he should continue to focus on fundamentally important for the defence and security of the country special construction, to find their niche,” – said Rogozin.

In his opinion, “one of the main mistakes of the former management was fragmentation, an attempt to grasp “the Firebird”, to find easy prey in the form of a housing and separate objects of social character”. Rogozin said that in the end, all this led to a layered scheme of subcontracting, and the corruption facts that came to light and optimism do not add.

“We expect now that major work on the bugs, which Spetsstroy took over, the Ministry of defense provides the required control, – concluded Rogozin. – I think that we will soon be able to see this and to report to the President about this serious work.”