MOSCOW, February 25. The group of “Aeroflot” in January of 2016 has transported 3 million passengers, which is 11.6% higher than the result of January of 2015, the report said the carrier. 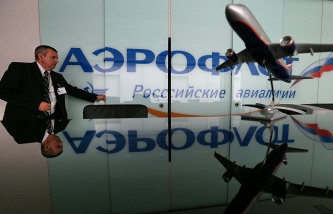 Saveliev: the share of Aeroflot group on the market reaches 50%

Including the number of passengers actually “Aeroflot” for the first month of 2016 amounted to 2 million people, an increase of 10.7% compared to the same period last year.

“Dynamics of indicators mainly associated with the increase in the demand for domestic transportation, the continuing growth in activity of domestic tourism and a corresponding increase in seat capacity by 8.1% for the group and 7.7% for the company, including by increasing the frequency of flights on the most demanded directions”, – stated in the message carrier. Significant contribution to the development of the internal traffic of the Aeroflot group is associated with the development of low-cost carrier “Victory”, emphasizes the company.

“The growth on international routes was observed despite the impact of the suspension of operations in Ukraine, Egypt and Charter flights to Turkey, noted in “Aeroflot”. Positive influence on dynamics of the provided indicators continued decline of competition in international routes by reducing frequency of flights number of foreign airlines in Russia, the growth of transit passenger traffic of Aeroflot through Sheremetyevo airport, and the departure of the airline “Transaero”.

As a result of the above factors, the percent of employment of passenger armchairs in January 2016 increased by 1.6 percentage points compared to the same period of the previous year to the level of 74,1% for the group and by 0.6 p. p. to 74.0% of the company “Aeroflot”, said the carrier.