MOSCOW, February 25. The Ministry of Finance of the Russian Federation proposes to establish a fiscal rule in which some portion of oil revenues will be channelled into the reserve Fund or a sovereign wealth Fund with the cost of oil above $50 a barrel. About this newspaper “Vedomosti”. 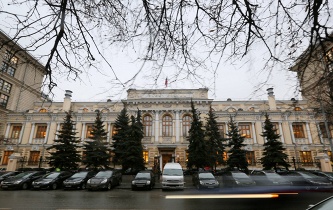 Yudaeva: the Central Bank does not consider it necessary to intervene in the rate fixing of the ruble

“This is not the only way to ensure stable fiscal and tax design in the medium and long term, but also the only effective way to isolate the volatility of the real exchange rate from the fluctuations in oil prices”, – the newspaper quoted the Deputy Minister of Finance Maxim Oreshkin.

“When the price of oil is $40-50/bbl. the budget needs to make savings and the government should start buying foreign assets, he says. As these purchases are financed by budget savings, it will not take inflationary impact unlike direct purchases of foreign currency by Bank of Russia”. At lower oil prices, the currency should be sold, protecting the ruble from temporary shocks, according to Oreshkin.

The Bank of Russia reacted to the proposal of the Ministry of Finance sceptically. The Finance Ministry proposed fiscal rule need to be “discussed and clarified”, said in response the Central Bank at the request of “Vedomosti”, and the rule is “a fundamental rate factor, not the factor leading to the distortion of the market situation”.