MOSCOW, February 25. The Ministry of transport of the Russian Federation has received assurances of the Ukrainian side in that situation autotransition will be under control, said the TV channel “Russia 24” Deputy transport Minister Nikolay Asaul.

“Harassment on ethnic grounds in the last few days is not happening. There are assurances that the situation will continue to be under control,” he said.

According to assaul, “there was a change in the mind of the official authorities”, the Ukrainian authorities have realized that “we can no longer close its eyes to the excesses of” on the border, so now “all issues are resolved by law, as in any other civilized country”. “Even in the event of an accident – if, indeed, the radicals demanded “burn Muscovites” and so on, now the police come to dismantle is the Protocol,” cited the example of the Deputy head of the Ministry of transport of the Russian Federation.

Asaul also believes that the problems with Poland for freight in two months will not be repeated.

“The two-month period (permitting between Russia and Poland on transportation – approx.) is a temporary period during which we with our Polish colleagues, we are monitoring the situation, watching the new conditions of the legislation will be affected or not will greatly affect our transportation, and this will be followed by the annual exchange quota. We do not believe that this stupor and this crisis could be repeated in two months,” he said.

The assaul expressed the hope that next time will have the opportunity to negotiate with the Polish side “for the longer term”.

As previously reported, on February 1 expired permits for cargo transportation, which annually between Russia and Poland. The advance parties failed to reach agreement on new permissions, so the truckers of the two countries since the beginning of the month could not cross the border. On February 19 the first time that parties were able to reach certain agreements. In particular, it was decided to exchange permits in the amount of 20 thousand pieces for each country with effect until 15 April 2016. Until that time, the parties will continue negotiations to agree on quotas for the entire year.

The resumption of trucking

Earlier, the Ministry of transport of the Russian Federation and the Ministry of Infrastructure of Ukraine agreed on the resumption of road freight transportation, including transit, from 00:00 hours on February 25. 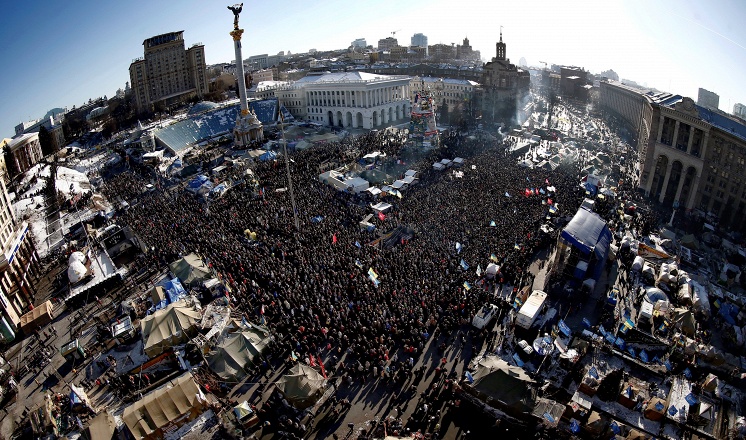 On 1 February the Ukrainian radicals in the Transcarpathian region announced an indefinite protest by blocking the transit of Russian trucks. Later they were joined by radical activists in several other areas: Volyn, Rivne, Lviv, Ivano-Frankivsk, Zhytomyr, Vinnytsia, Sumy and Chernivtsi.

The parties later entered the regime of “going home”, which included the ability for drivers to complete the flight, returning to the country of residence. However, the implementation of new flights cars with Russian registration Ukraine or across the border, and Vice versa, it was impossible. According to assaul, the parties could resume the message 20 February, but no agreements were reached.