MOSCOW, February 26. Prominent figures of culture, medicine and sport entered the Moscow regional organizing Committee of “United Russia” on preparation and holding of primary elections (primaries) for the selection of candidates for elections to the state Duma. The organizing Committee was unveiled on Friday at a meeting with journalists the head of the Executive Committee of the Moscow branch of the party Oleg Smolkina and member of the Supreme Council of the party, TV presenter Peter Tolstoy. 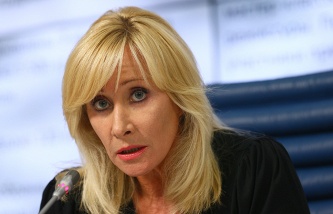 In addition, to organize the primaries of United Russia will be and journalists: chief editor of Expert magazine, member of the High Council of party Valery Fadeev, chief editor of the newspaper “Evening Moscow” Alexander Kupriyanov.

For the selection of candidates for elections to the state Duma, the Moscow organizing Committee of “United Russia” on carrying out of early voting registered 19 participants, reported the head of the Executive Committee of the Moscow city regional branch of party Oleg Smolkin.

“Today, we have 19 people registered, applications more – 23. Of them on the Federal list of six people,” he told reporters.

As will be primaries

February 15 at “an United Russia” has started the nomination for participation in preliminary voting by selection of candidates on elections in the state Duma. Applications will be accepted until April 10 and April 15, must have completed the registration process of participants. The primaries will be held across the country on may 22. They will be secret and rated, each voter can vote for one candidate, but for multiple in each list.

In Moscow launched a preliminary vote of the “United Russia”

The party leadership hopes that this will help to identify opinion leaders. Directly on the eve of the primaries, the candidates will meet with voters and other campaign events and participation in them is mandatory. The results of the primaries will be determined by the candidates of the party in the electoral list and single-member districts.

Elections to the state Duma of the seventh convocation will be held on 18 September under a mixed system: half of deputies (225) are elected in single-mandate constituencies, half by party lists.