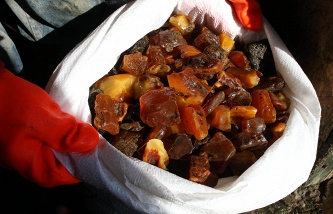 Kaliningrad amber factory is going to increase production by 70%

These figures were announced by the management of the works during his visit today, Minister of industry and trade of the Russian Federation Denis Manturov. The Minister, who is also Chairman of the Supervisory Board of state Corporation rostec, which owns amber factory, participated in the meeting of the Government Commission on the socio – economic development of the Kaliningrad region.

Increased volumes of mining and processing of amber, in 2015, it produced 313 tons, while a year earlier to 250 tons. Tax deductions in comparison with the 2014 year in budgets of all levels grew by 23%. Revenue from sales increased by 30%.

A growing number of employees, it, together with a subsidiary of “Amber jewellery” and separate subdivision “Malysheva” is now about 920 people. This is 100 more than last year. The average wage at the plant is nearly 46 thousand rubles.

Assessment of the General Director of the plant Mikhail Zatsepin, the positive changes crucially involve the transfer of the world’s only industrial enterprise for extraction of amber in early 2014 by the decree of the President of the Russian Federation of state Corporation “rostec”.

Kaliningrad amber factory was founded in February 1947 in the village of Amber on the Baltic sea. Today it is the only enterprise in the world, where industrial extraction of amber. Near the village is concentrated around 90% of proven world reserves of amber, which is about 50 million years. The field reserves are estimated at 116 thousand tons. 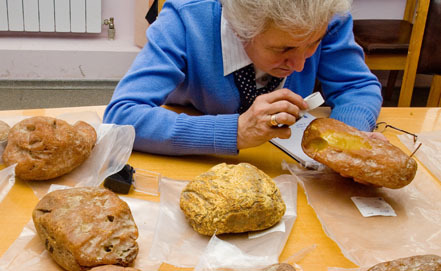 The Ministry of Finance will transfer the Kaliningrad amber factory “Rostec”